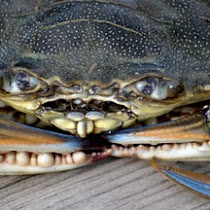 Help to document the amazing wildlife of Plum Island National Wildlife Refuge. But keep in mind that the refuge was previously owned by the U.S. Department of Defense, and the area was used as a bombing range. Much of the area remains dotted with unexploded ordnance. Due to the unexploded ordnance hazard, Plum Tree Island Refuge is closed to the public for all purposes except permitted waterfowl hunting on the 200 acre Cow Island portion of the refuge. Cow Island is adjacent to the main tract of the refuge and was never used as a bombing range. Sign in to join mission

Plum Tree Island National Wildlife Refuge (NWR) is one of four refuges that comprise the Eastern Virginia Rivers National Wildlife Refuge Complex. The refuge is situated on the southwestern corner of the Chesapeake Bay in the City of Poquoson and is strategically located almost midpoint on the Atlantic Flyway. It consists of 3,502 acres of saltmarsh, shrub-scrub and wooded habitats that provide a haven for waterfowl, marsh-birds, and shorebirds.