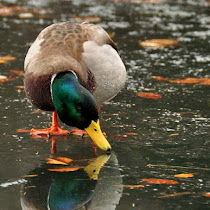 Help to document the amazing wildlife of Blackwater National Wildlife Refuge. When submitting observations, make sure to include clear photographs and detailed notes and always remember to tread lightly. Sign in to join mission

Blackwater National Wildlife Refuge is located on the Eastern Shore of Maryland. The Refuge includes over 27,000 acres, composed mainly of rich tidal marsh characterized by fluctuating water levels and varying salinity. Other habitat types include freshwater ponds, mixed evergreen and deciduous forests, and small amounts of cropland and managed impoundments that are seasonally flooded for waterfowl use. Blackwater Refuge was originally established in 1933 as a haven for ducks and geese migrating along the Atlantic Flyway. The Refuge is a popular place during the November migration when upwards of 35,000 geese and 15,000 ducks visit Blackwater.