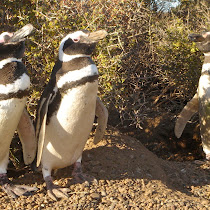 Endangered Species of the World

If we collectively act now we can make a difference. You can check these lists to find out if your spotting is one that is an endangered species: http://www.iucnredlist.org/ http://www.earthsendangered.com/list.asp If the species is endangered please add it to this mission.

An endangered species is a population of organisms which is facing a high risk of becoming extinct because it is either few in numbers, or threatened by changing environmental or predation parameters. The International Union for Conservation of Nature (IUCN) has calculated the percentage of endangered species. Many nations have laws offering protection to conservation reliant species: for example, forbidding hunting, restricting land development or creating preserves. Only a few of the many species at risk of extinction actually make it to the lists and obtain legal protection like Pandas. Many more species become extinct, or potentially will become extinct, without gaining public notice and that is the purpose of this mission. Let's give all the attention we can to the world's most endangered species.