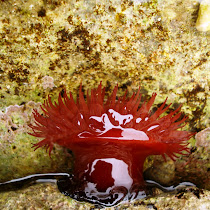 Summer is just about to arrive so take your snorkel, fins and mask and plunge into the enchanting blue of the Adriatic Sea! Don't forget to take as many photos of the wild life that is surrounding you! :) Sign in to join mission

Every year it is reported a new discovery of at least one species that doesn't originate to the Adriatic Sea. Most of them are just in transit, coming from the other seas in the Mediterranean or maybe temporarily following a boat from the tropical areas, while others represent serious problem and are dangerous to the life forms around them like two algae: Caulerpa taxifolia and Caulerpa racemosa. They are inedible for Adriatic creatures and threaten to cover big areas at the sea button and supersede the original biocenosis. According to that the purpose of this mission is to document as many as possible life forms in the Adriatic Sea (including all the life forms intertidial zone). In that way we can monitor all the crucial changes that are happening or how rapidly and intensively they are manifesting.