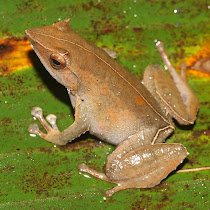 The Fauna and Flora of Papua New Guinea

The object is to document and record as many of the vast array of species that occur within this geographic area as possible to make up a profile of the fauna and flora that exist here. It would be encouraged that all species be recorded including unknown ones as many are still to be named or even discovered for the first time. Sign in to join mission

Papua New Guinea is the eastern half of New Guinea and its outlying islands in the South West Pacific. Its many environments include everything from coral reefs to geothermic areas, from dense rain forest to vast wetlands. The biological diversity of the country is huge and much is still relatively unknown. It is certainly one of the last great wildernesses on this planet.