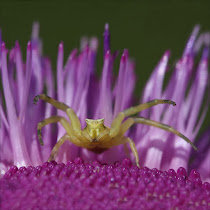 Pictures of Croatian Flora and Fauna. Sign in to join mission

Three large geomorphological sections may be distinguished in Croatia: the Pannonian basin, the mountain range of the Dinarides and the Adriatic basin. Lowland areas up to 200 m above sea level account for 53%, the rolling hills up to 200-500 m for 26% and the highland and mountainous areas above 500 m for 21% of Croatia’s land area. The highest mountain peak in Croatia is Dinara (1831 m). The karst area covering 54% of Croatia’s territory represents relief specificity. Karst phenomena and forms have developed primarily in limestone of the mountainous and coastal zone of Croatia and also as an isolated phenomenon of the Sava and the Danube basin (1). Croatia's higher plants flora includes about 5,500 species, of wich 234 species are on the verge of extinction (5) www.climatechangepost.com