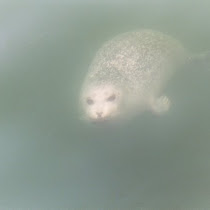 Help identify and protect plants and animals for one of the most amazing places on the Eastern seaboard! Acadia National Park, where history mixed with ecology in the hearts and minds of the people who vacationed in the area at the turn of the 20th century. The boundary of this mission is 50 miles in radius, as so it covers all the areas of the Park, from Matinicus Isle to to the peninsula at Machias Bay to Nicatous Lake to the North. The center of course is the Cadillac Mountain area. The "borders" of the mission are flexible as such, since wild life does not require or abide by them. Sign in to join mission

People have been drawn to the rugged coast of Maine throughout history. Awed by its fauna & flora beauty and diversity, early 20th-century visionaries donated the land that became Acadia National Park. The park is home to many plants and animals, and the tallest mountain on the U.S. Atlantic coast.