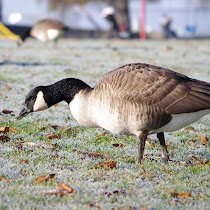 Using the list of Endangered Species, try to "Photo"capture the endangered birds of BC Sign in to join mission