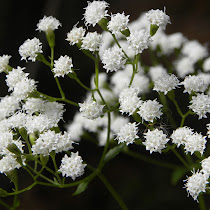 Plants that are used as a herbal remedy - Florida

Post photos of plants that are used in herbal remedies that are found in your garden or the wild in Florida. Add details to your spotting related to how it is used as a herbal medicine. *Edited by Project Noah management team to comply with user created mission rules. Sign in to join mission

Herbalism is a traditional medicinal or folk medicine practice based on the use of plants and plant extracts. Herbalism is also known as botanical medicine, medical herbalism, herbal medicine. Traditional use of medicines is recognized as a way to learn about potential future medicines. In 2001, researchers identified 122 compounds used in mainstream medicine which were derived from herbal plant sources. Ancient Egyptian medicine of 1000 BC are known to have used garlic, opium, castor oil, coriander, mint, indigo, and other herbs for medicine and the Old Testament also mentions herb use and cultivation, including mandrake, vetch, caraway, wheat, barley, and rye. In India, Ayurveda medicine has used many herbs. The Sushruta Samhita attributed to Sushruta in the 6th century BC describes 700 medicinal plants, 64 preparations from mineral sources, and 57 preparations based on animal sources. The first Chinese herbal book, the Shennong Bencao Jing, compiled during the Han Dynasty. Lists 365 medicinal plants and their uses - including ma-Huang, the shrub that introduced the drug ephedrine to modern medicine. Many of the pharmaceuticals currently available to physicians have a long history of use as herbal remedies, including opium, aspirin, digitalis, and quinine.