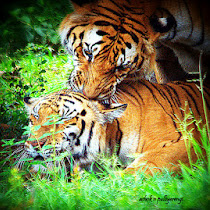 Most animals courtship and mating occurs out of sight of humans so it is the least documented of animal behavior . Aim of this mission is not to interfere with the animals mating or their migration patterns. If you all come across such behaviours during your adventurous photo shoots kindly post it in this mission . All wildlife photos of courtship,mating and breeding plumage are entitled for the submission . Thank you for your participation . Sign in to join mission

The mating rituals of some animals are wonderfully bizarre and each species in animal kingdom has a different courtship behavior and mating rituals . Some birds like the egret even produce special lace like plumage called aigrettes during breeding season . In fact understanding bird courtship behavior can help birders recognize how birds act in their backyard and with practice it is possible to identify birds based on their mating behavior . Night animals like the fireflies excite the sense of sight by light and color display . Some animals use sounds to call the attention of their potential mates . The longest courtship and copulation ritual in the animal world goes to several species of snail and world . Gift giving during courtship is not exclusive to human beings .But it is quite common in some species of birds ,fishes and insects .For example male weaverbird builds a nest to entice female to choose him as mate .There is lot more intresting facts on courtship and mating rituals among wildlife and understanding of complex mating rituals has made ethology growing field .