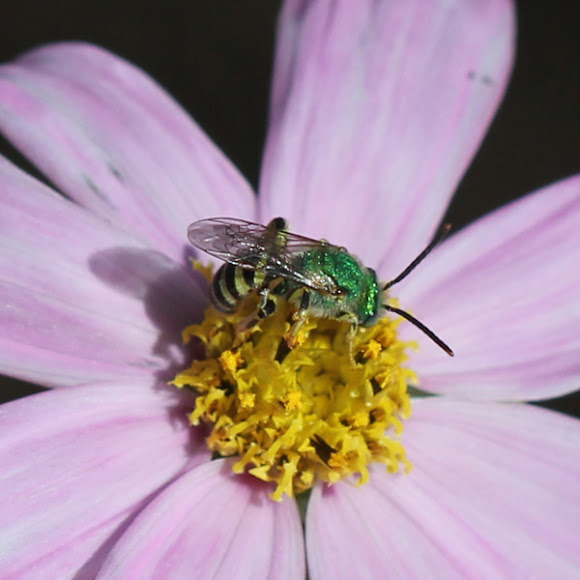 Most are ground-nesting, but some nest in wood. They are often "eusocial" living in loose castes, not as organized as honey bees, but social.

Considered to be important pollinators, these bees also play a role in honey bee ecology. "Several genera and species of halictids are cleptoparasites of other bees (mostly other halictids), and the behavior has evolved at least 9 times independently within the family." (Source: Wiki) This means that the sweat bee will enter a honey bee hive and after eating a honey bee egg, will replace it with one of her own. This does not fully disrupt the hive. These bees get their name from the family trait of landing on people to lick salt from sweat. The bees do not have a dangerous sting.