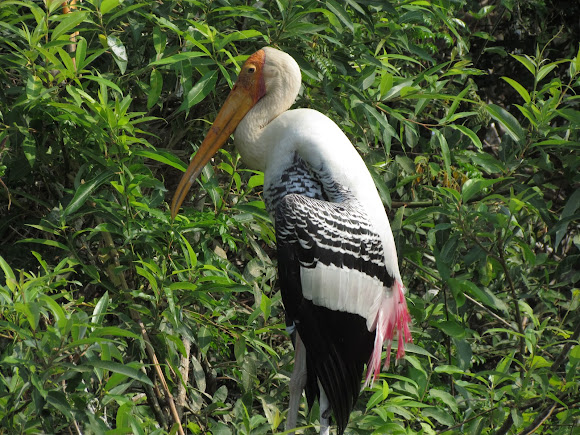 They appear at Ranganathittu Bird Sanctuary seasonally. The come in some time during March and leave by August. During this time, they begin nesting. The Cauvery river is teeming with Marsh Crocodiles, which eat any chick that falls into the water. The locals say the Storks too kill baby crocodiles, as they may later pose a threat to the chicks.

Wonderful spotting Piali. If you could add some description to this pic, the spotting will be more informative. Thanks.