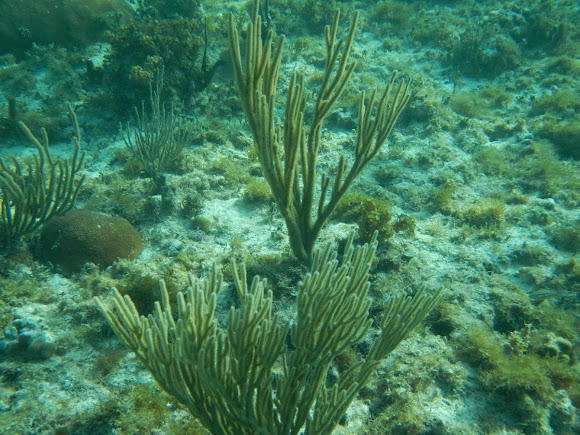 Gorgonacea is an order of sessile colonial cnidarian found throughout the oceans of the world, especially in the tropics and subtropics. Gorgonians are also known as sea whips or sea fans and are similar to the sea pen, another soft coral. Individual tiny polyps form colonies that are normally erect, flattened, branching, and reminiscent of a fan.

Spotted these Fan coral in the Caribbean sea.