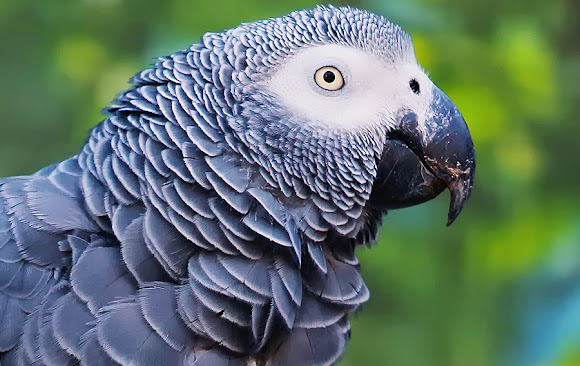 The African grey parrot is a medium-sized, predominantly grey, black-billed parrot which weighs 400 g, with a length of 33 cm and an average wingspan of 46–52 cm. The tail and undertail coverts are red, in comparison to the maroon of the smaller Timneh parrot. Both sexes appear similar. The colouration of juveniles similar to that of adults, however the eye is typically dark grey to black, in comparison to the greyish eyes of the adult birds. The undertail coverts are also tinged with grey.