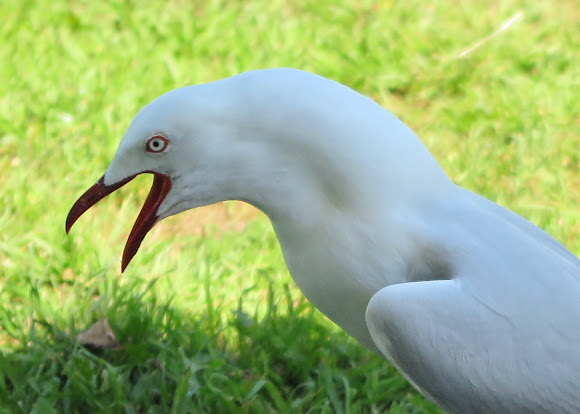 Spotted by the Manning River in Taree, on the mid-north coast of NSW. Lots of fishing boats use the ramp and jetty in this area, and that always brings the gulls. They've adapted well to urban environments and thrive around shopping centres, garbage dumps, and anywhere that people are eating chips/fries.

:-) I can imagine his calling!