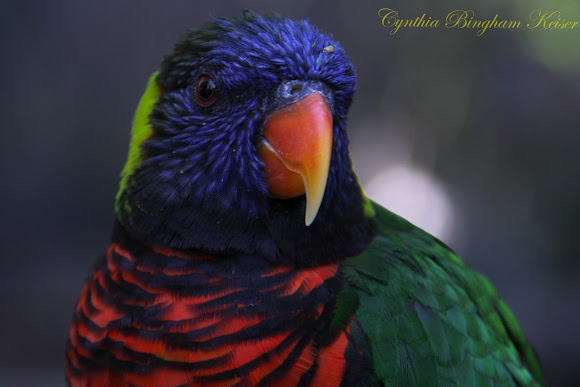 "Rainbow Lorikeets feed mainly on fruit, pollen and nectar, and possess a tongue adapted especially for their particular diet. The end of the tongue is equipped with a papillate appendage adapted to collecting nectar from flowers." - Wikipedia