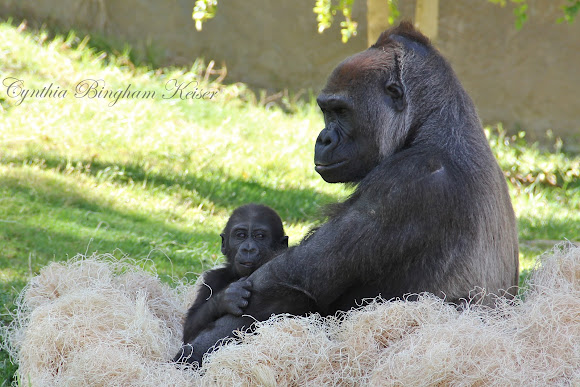 This is the real scientific name :)

Hi hillsofhome, I just looked it up and this little boy is nearly 10 months old. I didn't see him feeding but I'm sure the crowd would love to see it. Unfortunately many don't feel the same way about people as you well know.

I wonder how old the baby is. Being a breastfeeding educator and supporter, I'd love to see this little guy nursing. Bet THIS mom doesn't hesitate to nurse in public!

Ha ha! That's a great idea. I hadn't really noticed until this spotting. I had to check a couple references before I was convinced.

I will be on the Look out!

Emma, keep your eyes peeled; there are more than a few.

Cindy, I think just for fun, there should be a mission of organisms where the genus and species (and sub-species) names are all the same like this Gorilla gorilla gorilla.