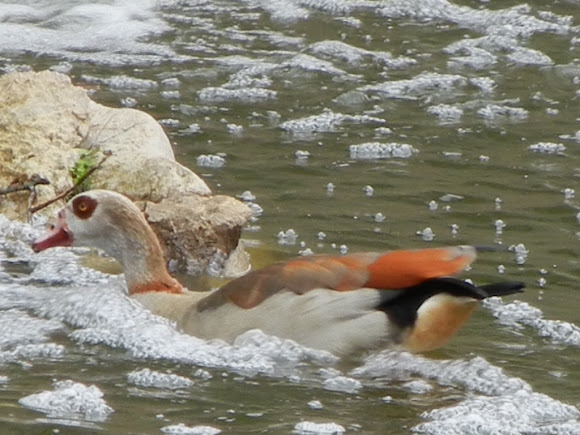 This 63–73 cm long species breeds widely in Africa except in deserts and dense forests, and is locally abundant. They are found mostly in the Nile Valley and south of the Sahara. It has also been introduced elsewhere: Great Britain, the Netherlands and Germany have self-sustaining feral populations, the British population dating back to the 18th century, though only formally added to the British list in 1971. In Britain, it is found mainly in East Anglia, in parkland with lakes. It was officially declared a pest in the UK in 2009.

This is a largely terrestrial species, which will also perch readily on trees and buildings. It swims well, and in flight looks heavy, more like a goose than a duck, hence the English name

Saw him the same time I saw the great egret. Not native to Texas or America at all.