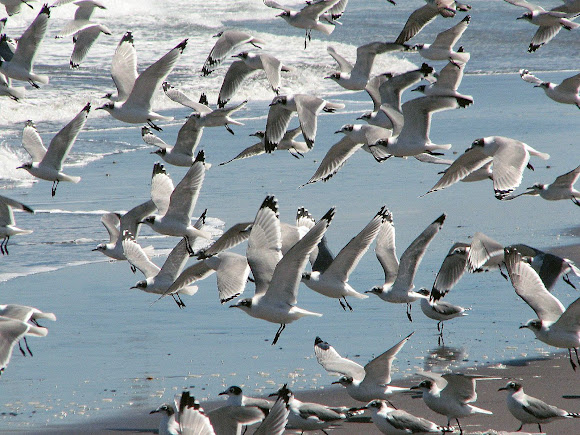 It breeds in central provinces of Canada and adjacent states of the northern United States. It is a migratory bird, wintering in Argentina, the Caribbean, Chile and Peru. The summer adult's body is white and its back and wings are much darker grey than all other gulls of similar size except the larger Laughing Gull. The wings have black tips with an adjacent white band. The bill and legs are red. The black hood of the breeding adult is mostly lost in winter. Young birds are similar to the adult but have less developed hoods and lack the white wing band. They take three years to reach maturity. Although the bird is uncommon on the coasts of North America, it occurs as a rare vagrant to northwest Europe, south and west Africa, Australia and Japan, with a single record from Eilat, Israel, in 2002 (Smith 2002).