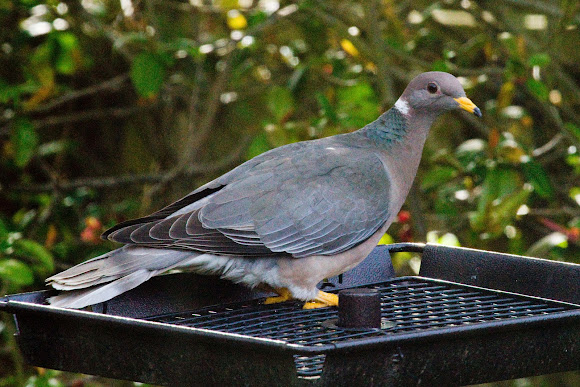 The Band-tailed Pigeon is a medium-sized bird of the Americas. Its closest relatives are the Chilean Pigeon and the Ring-tailed Pigeon, which form a clade of Patagioenas with a terminal tail band and iridescent plumage on their necks.

Favors areas with oak woodland, but also found here on the coast in the eucalyptus groves and occasionally at feeders.