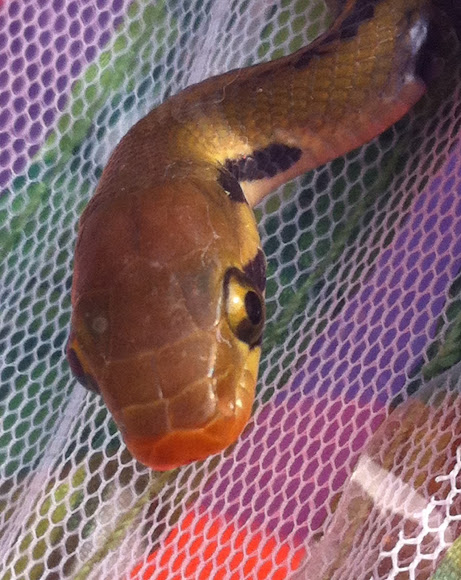 Small and slender snake. I am pretty sure it is a juvenile. About 40/50 cm long. It had spots on its side and a yellow stripe along the length of its body. When I released it it was VERY fast! Not at all agressive. I have looked on Google for a picture of this snake, but can not find one similar. The guard said it was a Ngoo Sing (which is a ratsnake).

We found it in the classroom, in a school set between the rubber trees and close to the jungle. Phuket Thailand

This small snake was found in a classroom where some rabbits were kept! It could not make its escape on the smooth linoleum floor, to slippery! We caught it and put it in the butterfly basket?!?! When I was finished taking pictures I released it in the rubber tree farm (and took some more pictures) It was soooo beautiful!

East End aka Lorelei 9 years ago

Lovely story to go with your pictures!