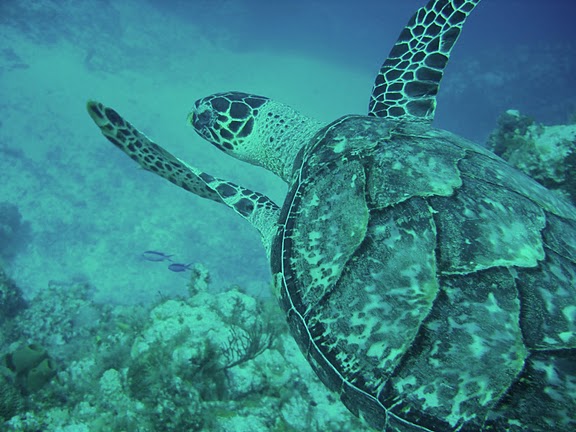 Its appearance is that of a typical sea turtle. C. mydas has a dorsoventrally flattened body, a beaked head at the end of a short neck, and paddle-like arms well-adapted for swimming. Adult green turtles grow to 1.5 metres (5 ft) long. While individuals have been caught that reached weights of up to 315 kilograms (690 lb), the average weight of mature individuals is 110–190 kilograms (240–420 lb). The largest known C. mydas weighed 395 kilograms (870 lb).

The range of C. mydas extends throughout tropical and subtropical oceans worldwide. There are two major subpopulations, the Atlantic and the eastern Pacific subpopulations. Each population is genetically distinct, with their own set of nesting and feeding grounds within the population's known range.

One of my favorite