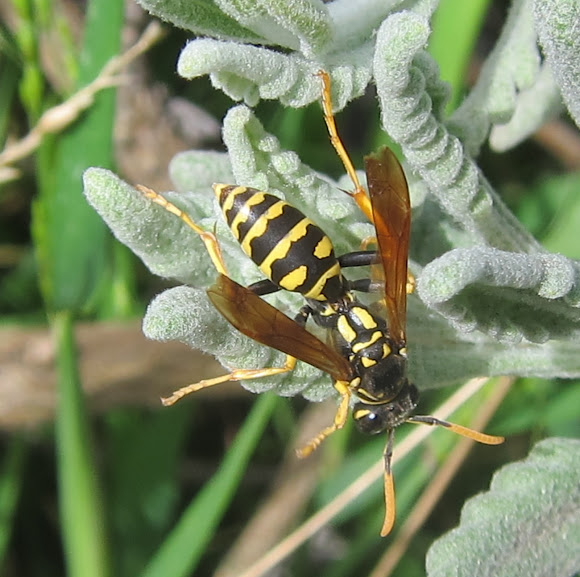 This species was introduced into the United States in 1968 in the New Jersey Pine Barrens and spread throughout most of the country during the 1980s and 90s, in some cases partially replacing native species. Another introduction was discovered in the late 1970s in Cambridge, Newton and Somerville, Massachusetts. The first wave consisted of solitary-founding but socially-nesting individuals, then a wave of social founders (several females found a new nest together). In warmer regions, there have been reports of "supercolonizers" most of whom enlarge their natal nests in successive years, rather than dispersing. In the United States, P. dominula nests earlier in the spring, in a wider variety of nest sites, and feeds on a larger variety of insects than native species, which feed almost exclusively on caterpillars. Most entomologists consider it to be an invasive species. This wasp can be mistaken for a yellowjacket, as it is black strongly marked with yellow, in a pattern very reminiscent of a yellowjacket, and quite different from the native North American species of Polistes. Wikipedia