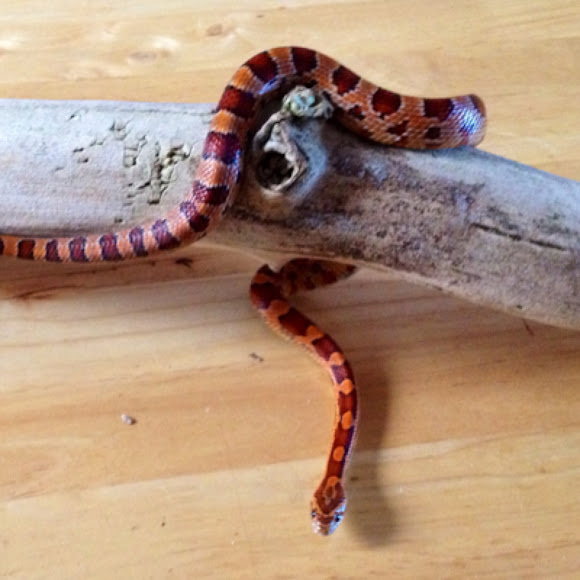 Wild corn snakes prefer habitats such as overgrown fields, forest openings, trees, palmetto flatwoods and abandoned or seldom-used buildings and farms, from sea level to as high as 6,000 feet. Typically, these snakes remain on the ground, but can ascend trees, cliffs and other elevated surfaces.[8] They can be found in the southeastern United States ranging from New Jersey to the Florida keys and as far west as Texas.