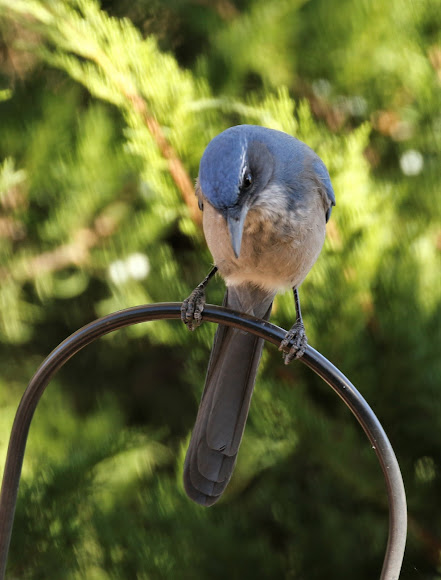 Similar to the California Scrub Jay. Woodhouse's Scrub Jay is paler blue, lacking the blue necklace around the bib. Underside is dingy gray and not as bright. Bill is straighter with less hook on the end.

Spotted at Visitor's in a open Pinyon and scrub area.

Used to be grouped with the Western Scrub Jay. Now separated as they found they separate subspecies. West coast is now California and from Nevada to Utah and south to Mexico is the Woodhouse's..