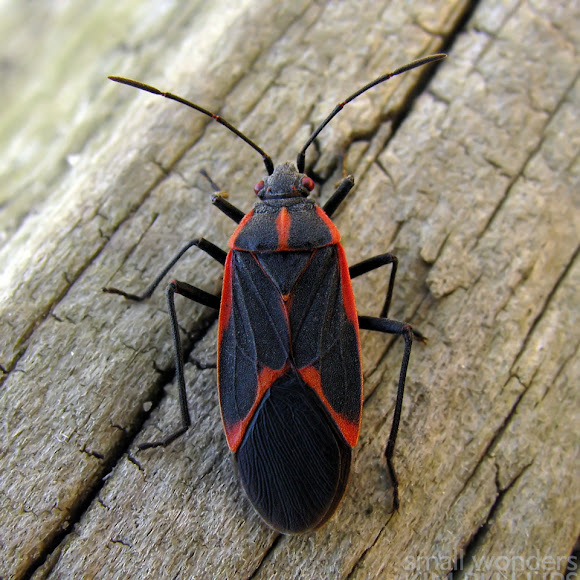 Adult box elder bugs feed on the sap of box elders, as well as other maple varieties. Females lay their eggs in crevices in the bark of the trees and the eggs hatch within 2 weeks. The nymphs feed on foliage and seeds. These bugs are considered a pest because of the foliar damage caused by their feeding.