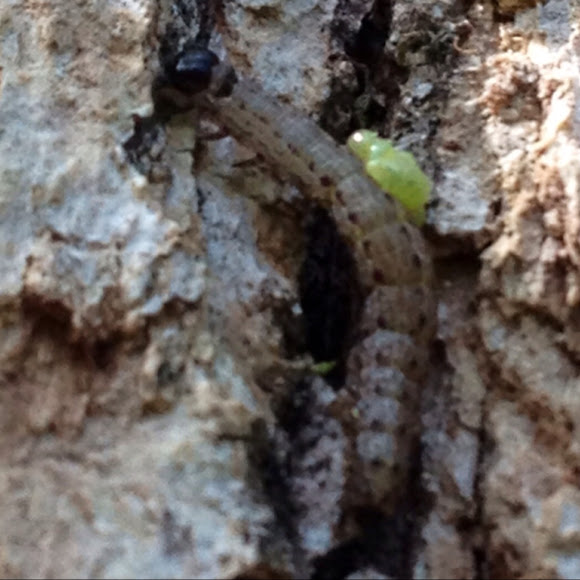 Inch worm with six larvae. Euplectrus wasps lay their eggs on Lepidoptera hosts. The female injects the caterpillar with a toxin that arrests its development so that it cannot molt and leave the larvae. Larvae quickly get bigger and pupate on host (which is dead by then). They are classified as "parasitoids," rather than parasites, because parasites do not kill their hosts. Euplectrus wasps have been introduced in some places to control Lepidoptera populations.

Oak tree in my back yard, in suburbs. This particular tree is VERY popular with inch worms. The last couple weeks it's been crawling with them. They're usually going up, I think. This caterpillar likes to hide in cracks in the bark.

Can anyone ID the caterpillar?