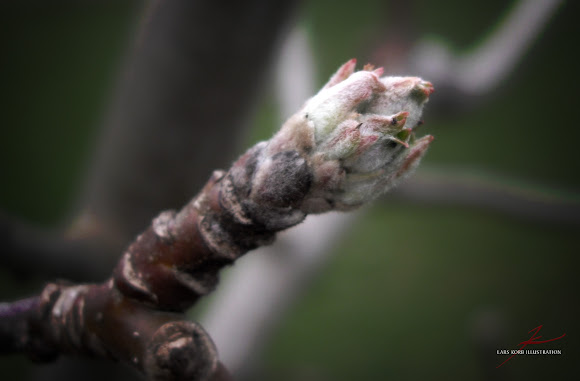 The apple forms a tree that is small and deciduous, reaching 3 to 12 metres tall, with a broad, often densely twiggy crown. The leaves are alternately arranged simple ovals 5 to 12 cm long and 3–6 centimetres broad on a 2 to 5 centimetres petiole with an acute tip, serrated margin and a slightly downy underside. Blossoms are produced in spring simultaneously with the budding of the leaves. The flowers are white with a pink tinge that gradually fades, five petaled, and 2.5 to 3.5 centimetres in diameter. The fruit matures in autumn, and is typically 5 to 9 centimetres in diameter. The center of the fruit contains five carpels arranged in a five-point star, each carpel containing one to three seeds, called pips.