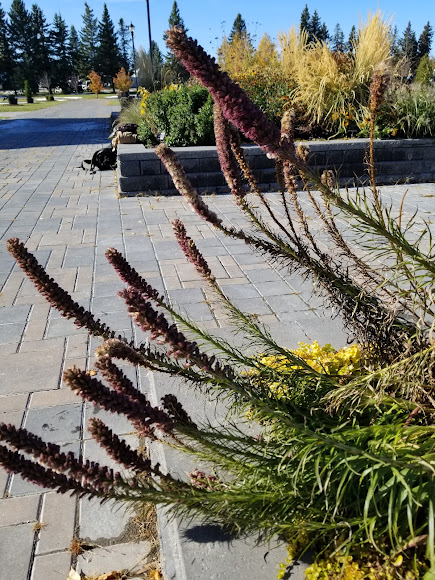 This flower is a beautiful summer bloomer with a long flower cycle allowing it to grow in many different environments without too much maintenance. It has purple, bulrush-like, stalks which grow independently. Each one supporting a cluster of royal purple flowers.

However, this particular plant has several problems which has lead to dead and dying limbs as well as a loss of stability in the structure of the plant. I believe there are several reasons for this. The first and most important, responsible for the lack of stability in the plant, is the fact that it sits in the corner of a garden bed which is lower than the surrounding soil. This has flooded the drainage of the plant, effectively drowning it. The second reason is several other plants growing aggressively into its rooting area. Recommend trimming this as well as the surrounding plans before next spring in order to allow the plant to use its energy most efficiently during regrowth.