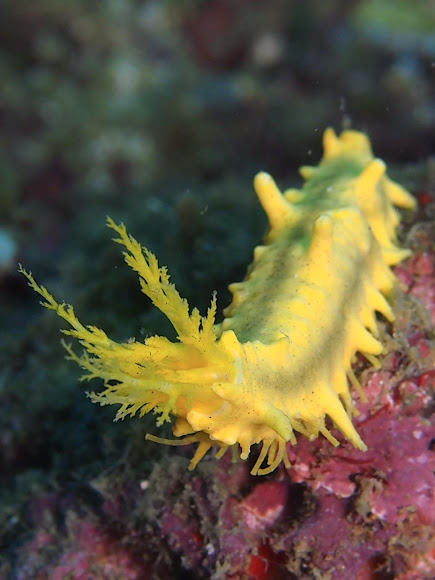 The robust sea cucumber clings to the substrate with its tube feet, spreading its feathery tentacles to catch zooplankton and other organic particles as they float past. The tentacles are then retracted to the mouth where the food particles are scraped off. Colochirus robustus can reproduce both sexually and asexually. In the latter case, fission can take place with a transverse crack developing half way along the body and gradually widening until the two halves split apart. The anterior end then grows a new anus while the posterior end develops a mouth and new tentacles.

Lovely piece of the Sea World!