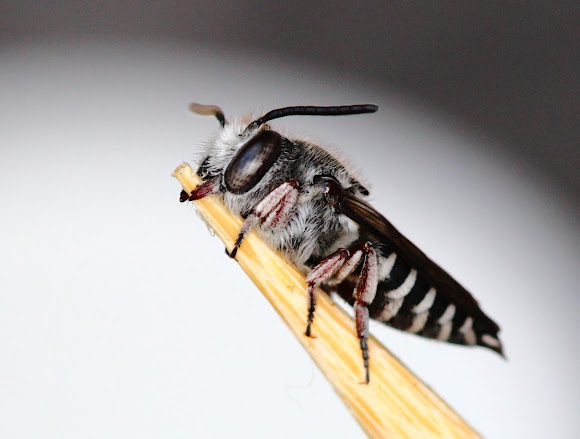 This beautiful little bee is medium sized at around 20mm long. The patchwork of white hairs on its body almost give it a zebra like appearance. As its name suggest, the Cuckoo Bee uses other bee nests to rear its young. The cuckoo bee invades the nests of the Megachile group of bees other wise known as leaf cutter bees. The leaf cutter bees are solitary and do not live in social groups like honey bees which makes their nest easier to invade while the bee is away. the Cuckoo Uses its sharp tail and large jaws to enter the nest of a leaf cutter bee and remove the leafcutter larvae and replace it with its own on the pollen food ball. We are luck in this case to see the jaws at work anchoring the bee to it chosen perch.