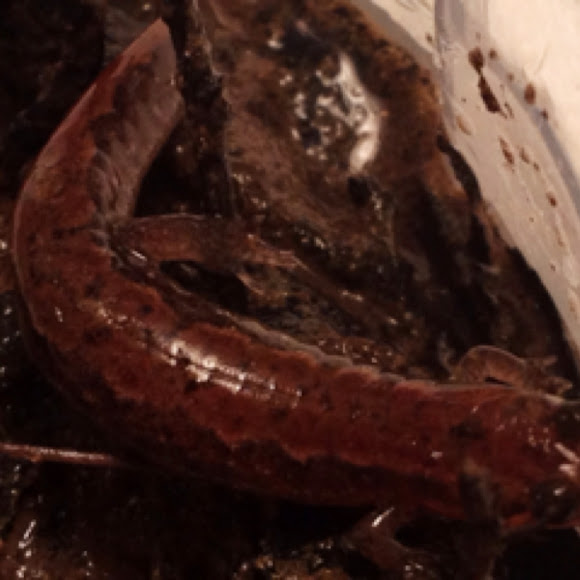 About 3" nose to tip of tail. Red stripe down back. Adorable <3

Bank of creek in woods behind my house, suburban Georgia near Athens. Found burrowed in soft, smooth mud, beside flowing water. It was afternoon, so I think the salamander was sleeping.

Could also be Northern Dusky Salamander (D. fuscus). The two were recently reclassified from one species into two, and their appearance is nearly identical. Listed as D. conanti bc found in that species' range, though near border.