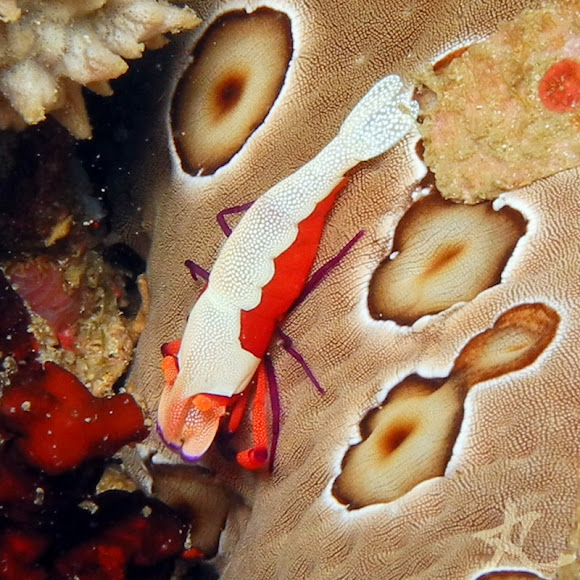 Found in pairs living on sea cucumbers and Spanish Dancer Nudibranchs, at depths of 2 to 30m. Widespread in the Indo-Pacific and the Red Sea.

This pair of Emperors were on an eyed sea cucumber (Bohadschia argus), in about 25m of water. The bigger one (which I presume was the female) was extremely difficult to photograph because it moved very fast. The smaller of the two (shown in the 2nd photo here) was more timid and stayed put near the sea cucumber's anus.

Thanks, Gerardo! What was more incredible was how fast this little bugger moved! It was very difficult to get a good shot of her.

Thanks Marta, you are too kind. Actually, some of my diver friends and I are thinking of doing just that! :)

As always, excellent shots! you should consider making a guide for marine critters from Philippines. I would be a sure customer :-)

Thanks, Sam! Yeah they certainly are beautiful. I just wish I could take better pictures of them next time -- and soon! :D

Congrats on your first Emperor! They are beautiful aren't they?

Thanks, everyone! Muchas gracias!

Wow who would have thought that's a shrimp.. Looks like some kind of nudibrach