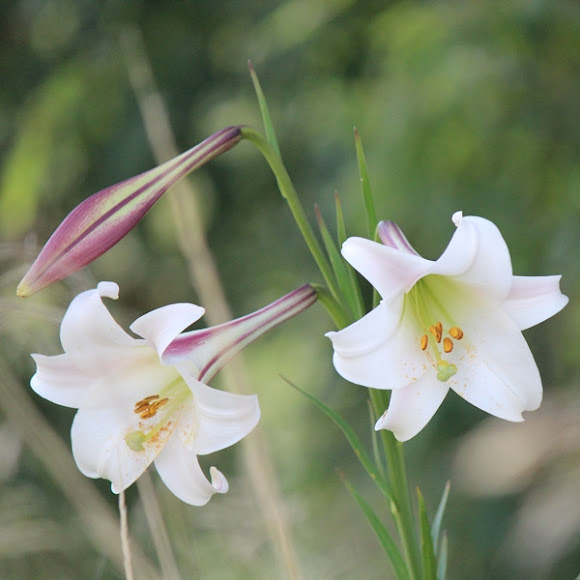 The edges of the New England Highway around Tenterfield were thick with thousands of these flowers when I took this shot a month ago. I wanted to get a wide shot of a bunch of them together, but unfortunately there was nowhere safe to pull over in the thickest patches! The stems were up to a metre tall and the flowers themselves were over 10cm long. I suspect they are some kind of weed but I'm not sure. I drove this route again last week and they were nearly all gone.

Is 6 years too late for an ID, Shanna? These are lovely flowers, despite them being weeds. I've posted an ID suggestion for you.

It was remarkable Viv, just these swathes of them along the roadside (which is what made me think they're probably some sort of weed). But so pretty!

It must have looked a picture, some varieties have a beautiful perfume

Beautiful ShannaB. Not sure which lily though