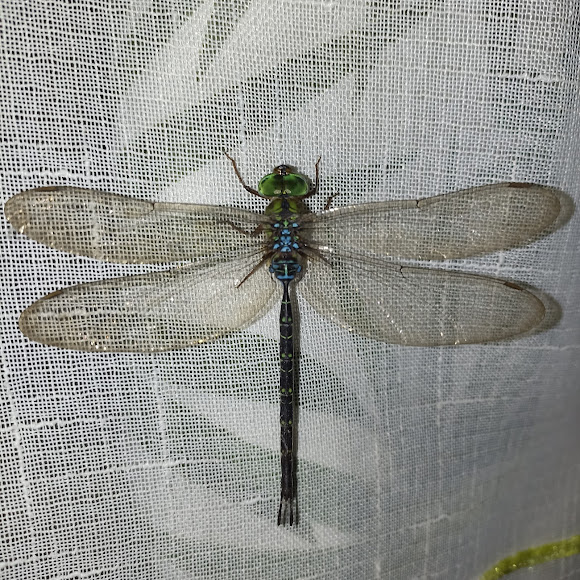 Its eyes are light green and blue with dark circles. The thorax is also light green but the back is mostly blue. The abdomen mainly consists of black and blue, at the last abdominal segment there are two spines hence the name double-spined/two-spined darner.

It flew inside the kitchen as it was drawn by the lights. The genus is found all over the tropical regions of the world.

After posting a spotting of a Double-spined Darner today, I also spotted another one which is quite a coincidence! I had to halt my dinner so I could take a few snaps, afterwards I released it outside. Surprisingly, it was calm and I was able to handle it for a while, I guess it was trying to rest. The main difference between them is that this guy has blue pigmentation and a darker abdomen (see other Double-spined Darner here: https://www.projectnoah.org/spottings/13... ). Its genus is quite diverse, so to be safe I placed its identification on genus level.