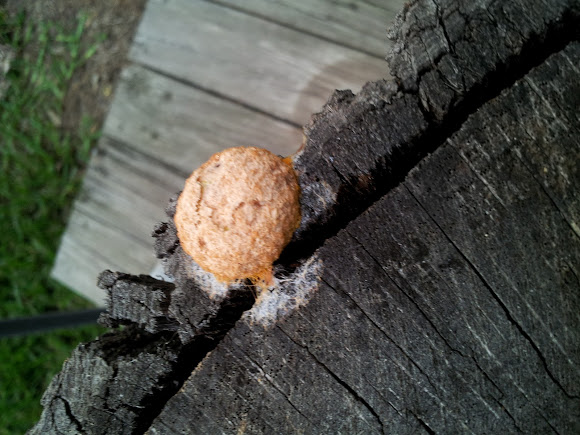 A common species with a worldwide distribution, it is often found on bark mulch in urban areas after heavy rain or excessive watering. Their spores are produced on or in aerial sporangia and are spread by wind.

Forgot to add the link http://www.projectnoah.org/spottings/103...

Ah alright, thank you for the help, with fungi I dont know where to begin or what is what yet haha. Do you think that this is fuligo septica aswell?