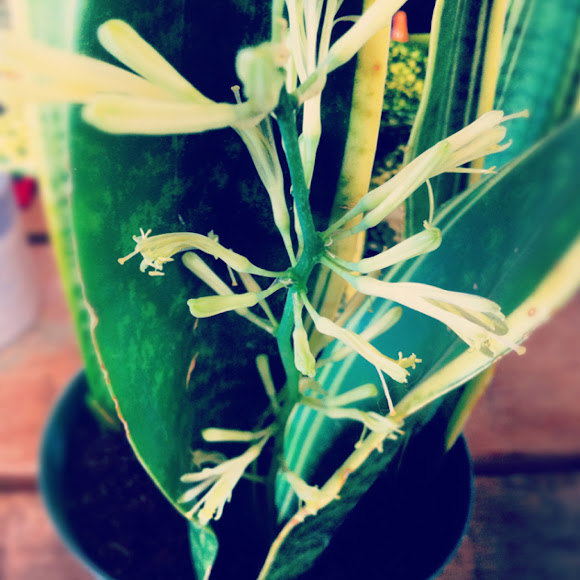 Mainly a foliage plant, native to tropical & arid climates. Some species are known to flower however, but this is my first encounter with it flowering as a houseplant. Leaves are hard & stand erect, storing water for dry periods.

Dry, arid regions of tropical climates. Will survive only indoors in colder regions.

The leaves of this plant are used in some cultures for rope & fiber production. The native tribes of St. John USVI used the leaves when making bow & arrow strings. The sap of some species can also be use as an antiseptic, with a leaf as a bandage.

Nice! I've never seen one of these bloom! Another common name is snake plant.