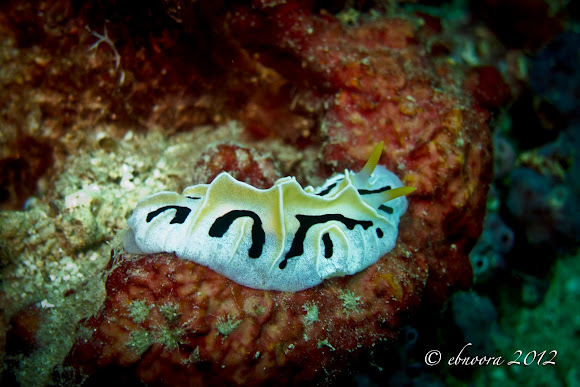 This species grows to a maximum length of 4.0 cm. Reticulidia fungia does not grow as large as Reticulidia halgerda. It also has broad-based ridges. The base of these ridges have a fine, white border. The mantle margin is broad and blue-grey in colour. It has a single, black line around the side of its foot occurring slightly above its gills. Source: http://en.wikipedia.org/wiki/Reticulidia...

Coral reefs from the central to western Pacific Ocean (including Fiji and Micronesia), from eastern Australia to Taiwan. Also known from Christmas Island, Bali, and Ningaloo Reef, WA., in the eastern Indian Ocean.

Spotted at Pinnacle, Ligpo Island at a depth of about 14m