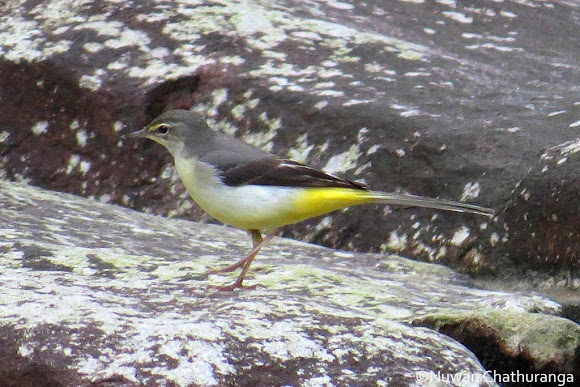 The Wagtails are so named due to the habit of continuously pumping their tails while at rest and walking about. They, along with pipits, belong to the family Motacillidae which has members distributed throughout the world except in the Pacific Islands. Ten members of this family have been recorded from Sri Lanka. Six of whom are wagtails. All the wagtails recorded from Sri Lanka are winter migrants and 3 of them are common regular visitors that can be seen in many areas of the country during the season. The most widely known of these is the Grey Wagtail that has a wide distribution through Asia, Africa and Europe. In Sinhala, it is called Alu-Helapenda, Helapenda and Halanpenda (all these names refer to the tail wagging habits) and was well-known to farmers as a heralder of the North-East Monsoon.

stream inside the rain forest