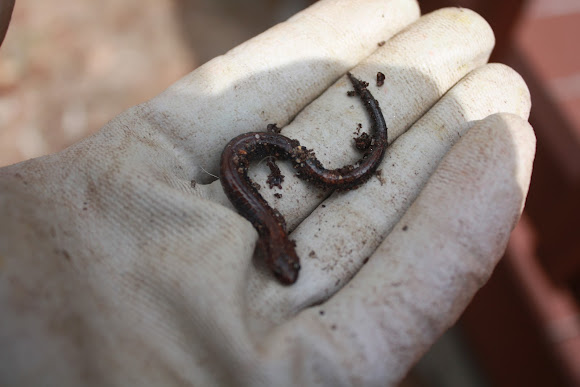 I thought it was a worm at first but it had a head. It surprised me because when I picked it up, it had four legs like a lizard. It was under some cinder blocks and leaf debris in the backyard.

Hello. I moved this spotting into the Amphibians group. Although resembling lizards, salamanders are in fact amphibians :-)

Thanks! I thought it was the four toed salamander but it didn't have a white bottom.