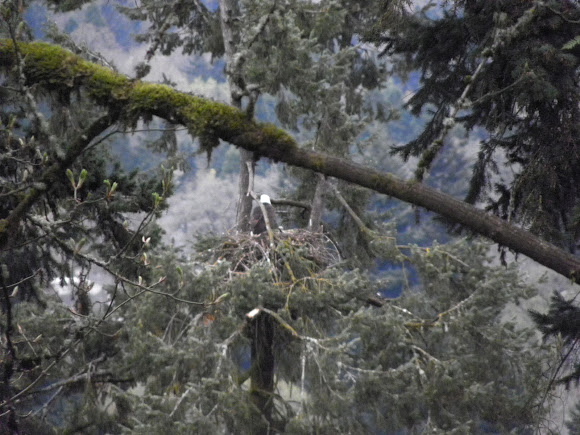 Symbolic national bird of the US: with white head and tail. Feeds largely on fish. Once endangered, the bald eagle is making a comeback, nesting successfully, even in the midst of cities, as this one is

The first two photos were taken with my 26X zoom Olympus 590-uz. The rest with the digital zoom feature. All uncropped. I have taken much better photos with it, but the lighting was low and I didn't have a rest or tripod for the camera, hence the noise. Still it was thrilling to watch parent and babies