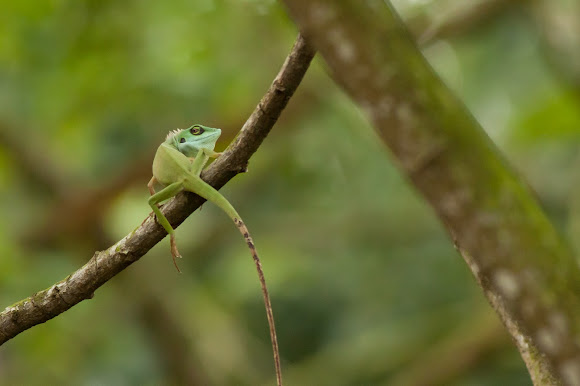 Well, was initially waiting for the white-collared kingfisher which resides in a small clutter of trees. But instead spotted this green little fella, poor little guy thou, he was attacked by a larger, changeable lizard and fell 6 stories down. These lizards are getting lesser in Singapore due to the more-aggressive changeable lizards which attacks other of the same species.