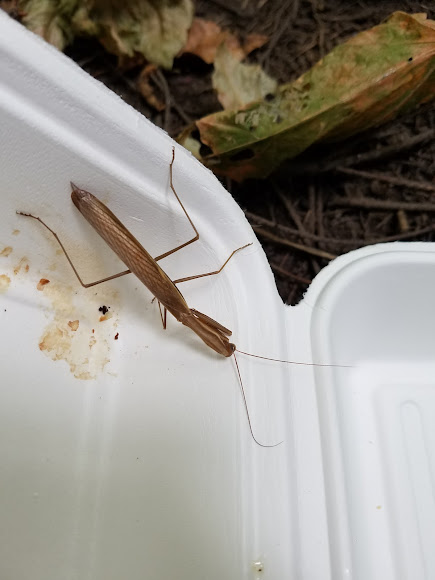 Brown mantis, will raise his wings and hiss when threatened. This mantis will not only eat insects, but also birds, mice, rats, snakes, fish, frogs, and lizards. This mantis is brown, mimicking leaves, and has eye spots under its front legs.

Found sitting on the wall of a restaurant in the city.