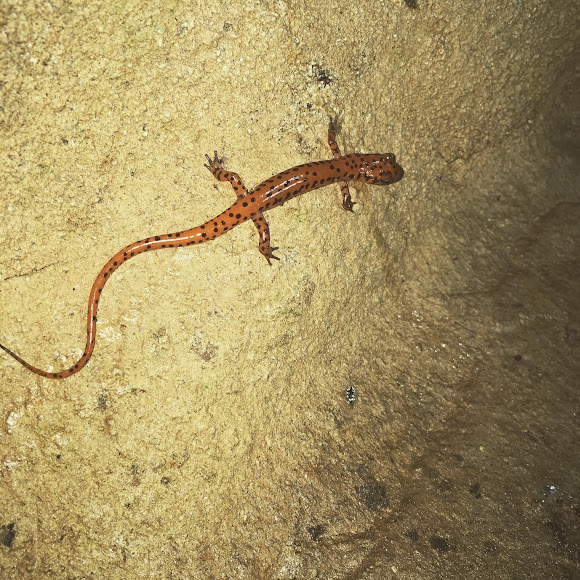 A spotted tail salamander I found while on a hike. Spotted tail salamanders are also known as 'cave salamanders' due to the fact that they're found in caves commonly, and pretty far back into them well beyond the twilight zone of said caves. Though that isn't their only habitat, as they can also be found on limestone outcroppings in moist woodland areas, which is where I found this one. Spotted tail salamanders are lungless salamanders, they breathe through their skin and mucous membrane in their mouths and throat. These areas must remain moist or the salamander will suffocate and die. They like most salamanders metamorphize from an aquatic larvae. These larvae inhabit cave streams and pools, but also surface streams as well. It's thought that the larvae inhabiting surface streams were washed out of the cave system by heavy rains.