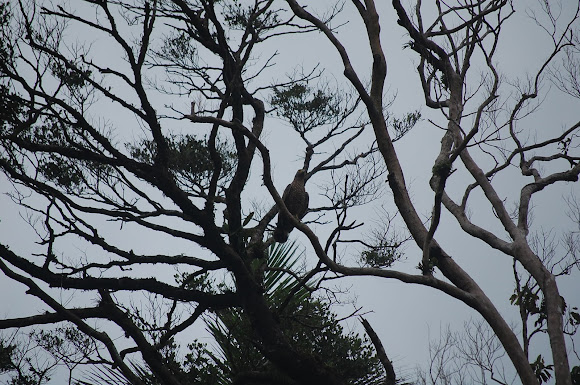 The Philippine Serpent Eagle (Spilornis holospilus) is an eagle found in the major islands of the Philippines. It is sometimes treated as a race of the Crested Serpent Eagle (Spilornis cheela). This species is usually found in forest clearings, open woodlands, and sometimes in cultivated lands with scattered trees. It is endemic to the Philippines. The species is found on most part of the major islands, except for Palawan. It inhabits primary and secondary forest. The bird is often seen soaring over clearings and river valleys. The bird feeds on amphibians, reptiles and other live prey. The Philippine serpent eagle is distinguished from other species of serpent eagle by more well-defined spots on the underpants and wing (from Wikipedia)

Jeff, I think there was a problem during upload of Photo 1... can you try uploading it again?