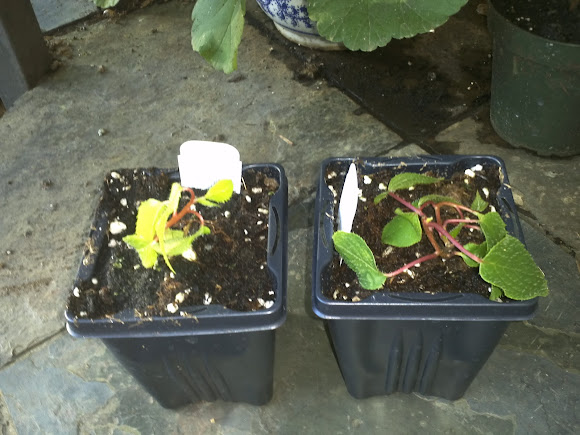 Potted for now. Purchased to grow up a building to help cool and provide fruit.