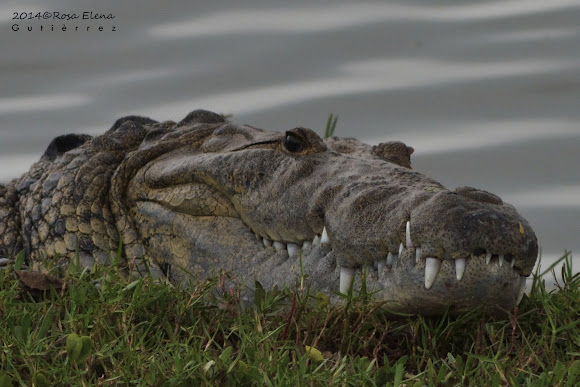 Morelet's crocodile (Crocodylus moreletii), also known as the Mexican crocodile, is a modest sized crocodilian found only in fresh waters of the Atlantic regions of Mexico, Belize and Guatemala.[1][2] It usually grows to about 3 metres (9.8 ft) in length. It is a Least Concern species.

Morelet's crocodile can be found in freshwater habitats in Central America[3] and along the Gulf of Mexico stretching through Belize, Guatemala, and to Mexico. In their freshwater habitats, they prefer isolated areas that are secluded.