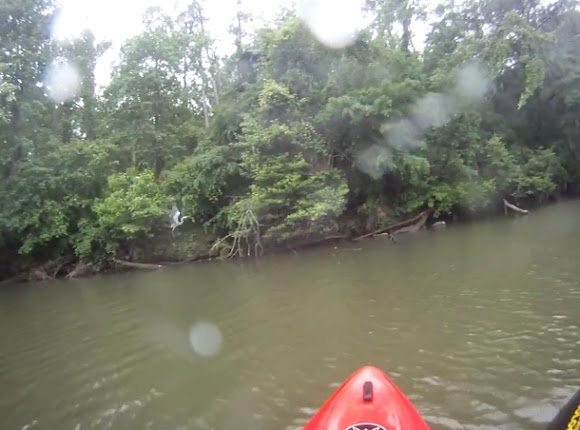 The Great Blue Heron (Ardea herodias) is a large wading bird in the heron family Ardeidae, common near the shores of open water and in wetlands over most of North and Central America as well as the Caribbean and the Galápagos Islands. It is a rare vagrant to Europe, with records from Spain, the Azores, England and the Netherlands. An all-white population found only in the Caribbean and southern Florida was once treated as a separate species and known as the Great White Heron.

The Great Blue Heron is found throughout most of North America, as far north as Alaska and the southern Canadian provinces. The range extends south through Florida, Mexico and the Caribbean to South America. Birds east of the Rocky Mountains in the northern part of their range are migratory and winter in Central America or northern South America. From the southern United States southwards, and on the Pacific coast, they are year-round residents.[3] However their hardiness is such that individuals often remain through cold northern winters, as well. It can be found in a range of habitats, in fresh and saltwater marshes, mangrove swamps, flooded meadows, lake edges, or shorelines, but always close to bodies of water, usually nesting in trees or bushes. It has been recorded as a vagrant in England,[11] Greenland, Hawaii, and the Azores.[3]