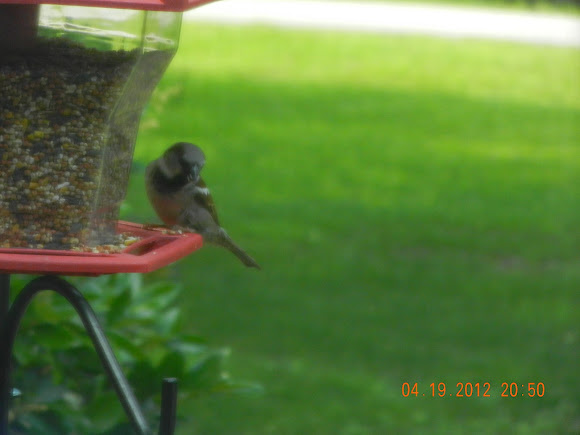 The House Sparrow is a chunky bird, typically about 16 centimetres (6.3 in) long, ranging from 14–18 centimetres (5.5–7.1 in). It has a large rounded head, a short tail, and a stout bill. In weight, the House Sparrow ranges from 24–39.5 grams (0.85–1.39 oz). Weight varies by sex, with females usually smaller than males. The median weight on the European continent for both sexes is about 30 grams (1.1 oz), and in more southerly subspecies is around 26 grams (0.92 oz). Younger birds are smaller, males are larger during the winter, and females are larger during the breeding season. Between and within subspecies, there is further variation based on latitude, altitude, climate, and other environmental factors, under biological rules such as Bergmann's rule.

The House Sparrow originated in the Middle East and spread, along with agriculture, to most of Eurasia and parts of North Africa. Since the mid-nineteenth century, it has reached most of the world, due chiefly to deliberate introductions, but also through natural dispersal and shipborne travel. Its introduced range encompasses most of North America, Central America, southern South America, southern Africa, part of West Africa, Australia, New Zealand, and islands throughout the world. The House Sparrow has also greatly extended its range in northern Eurasia since the 1850s, and continues to do so, as was shown by the colonisations around 1990 of Iceland and Rishiri Island, Japan. The extent of its range makes it the most widely distributed wild bird on the planet.

Since I put a bird feeder outside my window I have see a lot of birds and squirrels.