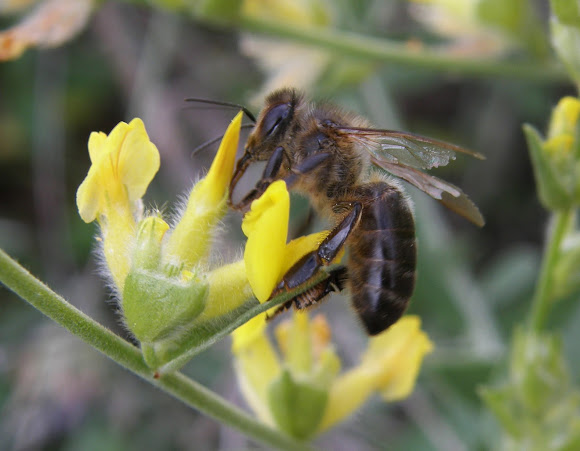 Is the spanish variant of common bee. Apis mellifera iberiensis are very vigorous and active at temperatures where other subspecies of bees are not leaving the hive, supporting long, cold winters. A. m. iberiensis has the body size of European subspecies with forewings narrower and wider abdomen. It is mostly dark brown to jet-black.

Flowers in prairies. Is a Western honey bee subspecies native to Spain, Portugal and Gibraltar. Also found in the Balearic Islands.